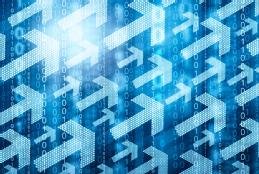 Don't let predictive models lead you down the wrong paths

Predictive analytics can point the way toward sound business strategies and tactics. When done well, it makes operations more effective and gives companies a competitive edge over less-forward-looking rivals. But predictive analytics projects that aren't done so well might take on a decidedly future imperfect tense, analytically speaking.

For example, while it's generally good to be data-driven in making business decisions, blind trust in data -- and predictive models that are based on it -- takes things too far. Analytics teams need to be cognizant of the inherent weaknesses in data sets and honest about them with business managers and workers, cautions Will Goodrum, a data scientist at analytics consultancy Elder Research.

"Because of its quantitative nature, data can gain a false air of objectivity," Goodrum wrote in a December 2017 blog post. "All data, even very good data, has biases and limitations." He added that predictive analytics must be "applied appropriately and conscientiously," with the upfront involvement of business users and open communication during the analytics process to address questions and potential doubts about the findings generated by predictive models.

In a November 2017 blog post, Stephen J. Smith, data science practice director at consulting firm Eckerson Group, said predictive analytics projects and other types of data science applications can be "a game-changer" for companies. Too often, though, "complexity, unpredictable [results] and large, embarrassing failures from misuse are just as much the hallmark of data science as is predicting the future," Smith lamented.

What's needed, he wrote, are processes that make analytics initiatives "valuable, repeatable and systemic." This handbook offers advice on how to foster such processes and then push ahead on predictive analytics efforts that won't lead your organization astray.

Don't let predictive models lead you down the wrong paths

Predictive analytics is no longer confined to highly skilled data scientists. But other users need to understand what it involves before they start building models.

More data doesn't always benefit predictive analytics projects. Data sources must be scrutinized and understood before being used in a predictive model, experts warn at the AI World conference.

Predictive analytics initiatives must be planned and managed effectively to ensure that they don't miss the mark on meeting business needs. Here's an approach to help keep them on track.