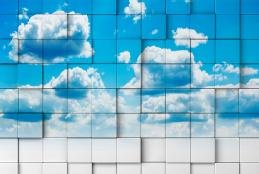 Cloud business intelligence and analytics systems were greatly outnumbered by on-premises BI environments until recently. But they've become much more prevalent, according to Gartner.

Most new deployments are cloud-based, the consulting firm said in its 2018 Magic Quadrant report on analytics and BI platforms. The report, published in February 2018, noted that some BI vendors now only offer their software in the cloud, while others have adopted a cloud-first approach to adding new features.

Likewise, market researcher Dresner Advisory Services noted in a March 2018 report that its annual surveys of enterprise users showed "a steady progression of cloud BI awareness and adoption," to the point where reported use of the cloud for BI and analytics was just under 50% in the 2018 survey -- nearly double the usage rate in 2016.

This handbook offers sound advice on migrating on-premises BI and analytics systems to the cloud. First, consultants and IT vendors discuss what to consider when planning and executing a migration strategy. Next, we provide helpful tips on how to make the move to the cloud without running up a bigger-than-expected bill. And we close with a look at TechTarget survey results that also point to increased interest in cloud business intelligence and analytics among enterprise users.

More organizations are looking to run BI and analytics applications in the cloud. This handbook offers insights into moving on-premises BI systems to cloud environments.

Avoid turbulence when shifting to data analytics in the cloud

When migrating BI and data analytics to the cloud, factor existing analytics processes, software evaluation, data protection and cost controls into a thoughtful plan of action.

5 tips for migrating to BI in the cloud without overpaying

Moving BI and analytics to the cloud requires a strategy to avoid excessive costs. Get tips from experts and IT pros on what to watch out for and what to address.

IT managers look to deploy BI, analytics in the cloud

More organizations plan to use cloud-based BI and analytics and focus on data governance and predictive analytics, TechTarget's 2019 IT Priorities Survey found.