PerformancePoint Server 2007 is a brand new project from Microsoft. However, in reality, it is three products in one, and only one of the products is truly new. PerformancePoint Server 2007 is a tool designed to support the cycle of monitoring the health of the organization, analyzing the organization's data at a detailed level, and planning for the future so that monitoring can continue as the future slides into the present and then the past.

PerformancePoint Server 2007 represents an attempt by Microsoft to bring together tools that provide companies with greatly enhanced business intelligence capabilities. Two of the pillars of PerformancePoint Server provide tools that support different types of users, such as analysts and business decision makers, while the third pillar moves beyond delivering data to the organization to supporting the planning, budgeting, and forecasting efforts of the organization. The budgeting and forecasting data can become part of the process, so that actual performance is compared to the forecasts and so that the health of the business can be monitored. Variances in performance from the plan can be easily analyzed in detail to determine the source of any variances.

What is PerformancePoint Server 2007?

PerformancePoint Server 2007 provides monitoring functionality that includes key performance indicators, scorecards, and dashboards. These dashboards are hosted in SharePoint, including either the free Windows SharePoint Services or the definitely not free Microsoft Office SharePoint Server. The monitoring functionality in PerformancePoint Server is the third iteration of technology from Microsoft, replacing Microsoft Office Business Scorecard Manager 2005. Key Performance Indicators, or KPIs, scorecards, and dashboards are covered in detail in Chapters 4 and 5 but are covered from a very high level here.

A rich-client application, Dashboard Designer, is the tool used to create KPIs, scorecards, and dashboards. A KPI is a metric that is tracked by the business to monitor the health of a particular piece of the business. For example, a company might track KPIs for sales, inventory turnover, employee head count, customer satisfaction, market share, employee training, and so forth. Rather than just being numbers, KPIs have the actual value (such as the actual sales), a target (the sales forecast), an indicator (how the actual value compares to the forecast or budget), and a trend that shows whether the KPI is trending up, trending down, or is flat.

Multiple KPIs are placed on a scorecard. A scorecard provides an overview, so in a single glance a person can see how the business or division is performing. The indicators are often graphical images such as colored circles, smiley faces, arrows, or the like, so that users can quickly grasp the meaning without having to concentrate on the numbers themselves. Aside from showing just the KPIs, a scorecard can show scores. A KPI has an actual and a target, and the better the actual compared to the target, the higher the score in most cases. This means that KPIs can be given scores and that these scores can roll up to higher level scores. This also means that different products, locations, or employees can be scored against each other for the purposes of ranking. This is no different from taking the range of grades over a semester for an entire class and ranking students based on their averages, but it provides an impartial way to rank what may be very different products or locations.

Dashboards are containers for one or more scorecards, possibly mixed with reports or other items. Dashboards may have filters that users can change to update one or more of the items on the page. For example, a filter for products would allow users to change from one product to another as well as update a scorecard and the two reports on the dashboard. Figure 2-1 shows an example of a dashboard hosting a scorecard and several reports, both as charts and grids.

One of the elements missing in the first version of the monitoring tool is the ability to click on a KPI and pass parameters to an existing application or report. 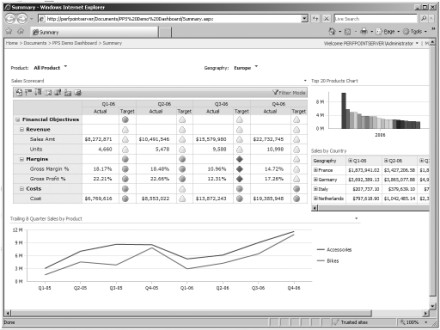 Figure 2-1 This is a PerformancePoint Server dashboard containing a scorecard and multiple reports.
Click image for close-up view

For example, imagine that a business was looking at the salary expense for a particular location and noticed a particularly low score, meaning that salaries were much higher than expected. A useful feature would allow the user to click on that KPI and then launch the company's time and attendance system, with the location and the time period being viewed automatically passed as parameters. This type of integration may be possible via customizations but it is not a functionality that is available out of the box in this first version of PerformancePoint Server.

The monitoring piece uses Dashboard Designer and works using a disconnected model. This is similar to how Visual Studio 2005 is used to create web applications. The developer can work locally on a development machine, even though the application will eventually run on a server. Visual Studio 2005 allows developers to create web applications on a development machine and test the application fully before deploying it to the server. Similarly, Dashboard Designer allows developers to work on the files on a local machine and preview them using Internet Information Server before deploying the dashboard to a server running SharePoint. This model will be examined in Chapter 5. 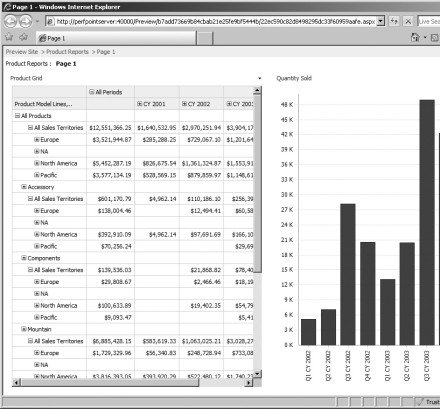 Figure 2-2 The Analytic Chart and Analytic Grid reports represent the bulk of the analytics functionality in PerformancePoint Server.
Click on image for close-up view

A complete discussion of the ProClarity applications could be a book unto itself, but I discuss the basics of performing analysis with ProClarity in Chapter 6. Figure 2-3 shows an example of some of the graphical capabilities of ProClarity.

The planning functionality of PerformancePoint Server is completely new functionality from Microsoft. This module was developed from the ground up to meet the needs of business in performing their planning, budgeting, and forecasting. 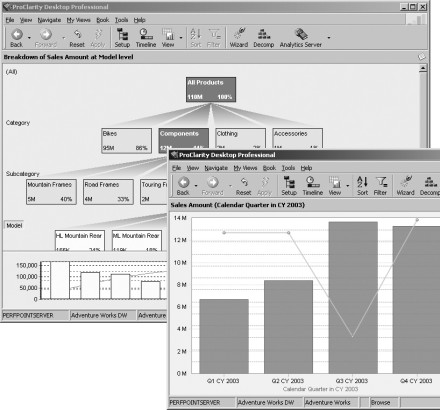 While many examples mentioned in any BI book are financial in nature, monitoring and analytics are not necessarily focused on financials. The planning module, on the other hand, does focus on financials. As such, the primary tool for end users to work with the planning application is Excel. Another tool, called the Planning Business Modeler, will be used by some in the organization to create financial models representing the ways the organization handles its financials. Once these models are created, users will be able to use Excel to add and update data for forecasts.

One of the primary reasons for the creation of the planning module was to ease the burden of creating strategic plans, budgets, and sales forecasts. The planning module allows companies to import data from multiple, disparate systems, and consolidate that data in a central storage location. Models can then be built which encapsulate business logic and processes. Security plays a big part in the planning module, with users only allowed to see data they are granted permission to see.

All changes are tracked automatically in order to comply with laws requiring audit trails for financial information. Having a central store for data and business rules means that everyone in the business has a single source for data, which ensures accuracy and consistency. This is a great example of the "single version of the truth," which is a goal of all business intelligence. Figure 2-4 shows an example of the planning module in use.

The planning module also includes a workflow capability, so that changes made by users can go through an approval process before they are committed to the forecast or budget. This ensures that users can't make changes part way through the year that are designed to make them look better at the end of year. The planning module is covered in detail in Chapter 7. 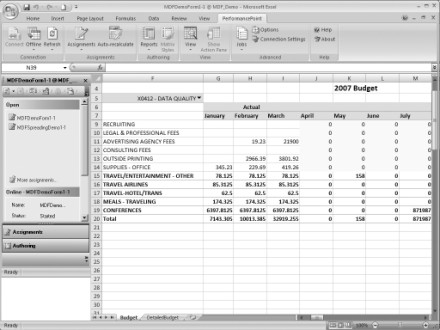 Figure 2-4 Users can work with planning and budgets through a familiar interface: Excel.
Click image for close-up view

PerformancePoint Server includes three primary applications: monitoring, analysis, and planning. Monitoring is a way of viewing the primary drivers of the business in a way that immediately communicates the health of the organization. This is accomplished through scorecards, which are a means for viewing data at a high level and getting an immediate sense for the strength or weakness of the various metrics.

The planning module is designed to help organizations speed the process of budgeting and forecasting, while enforcing business rules across the enterprise. Security is an important component of the planning module, tracking all changes and ensuring that users only see data to that they have permissions to.

Overall, PerformancePoint Server 2007 provides a way for companies to monitor their business performance against plans, dive deep into data, and create new forecasts and plans easily. These plans can then be used in the monitoring process, and the circle is complete. The integration of these tools and the powerful dashboards that can be built make PerformancePoint Server 2007 a powerful tool for delivering business intelligence value to the organization.